​Glenda F. McCary (Inman, SC) is a graduate of South Carolina School for the Deaf and the Blind (SCSDB) (1972). She holds a degree from Piedmont Technical College in Secretarial Science. She is currently employed with the SCSDB as an ASL instructor for the employees. She is a member of the Upstate Association of the Deaf (UAD), the South Carolina Registry of Interpreters for the Deaf (SCRID), the National Association of the Deaf (NAD), and American Sign Language Teachers’ Association (ASLTA). She is the former Miss Deaf SC of 1975-77. Glenda has previously served as SCAD’s President. She believes SCAD should be like an insurance company: They are there for the Deaf and Hard of Hearing and will fight to protect your rights in every possible way. Glenda enjoys cooking, catering, reading, traveling and spending time with her granddaughters.

​Sherry Williams (Lyman, SC) ​) is currently an adjunct professor at Spartanburg Community College. She has worked at the South Carolina School for the Deaf and the Blind for several years as a counselor, transition coordinator, and teacher. She received her MA in Sign Language Education from Gallaudet University and her BSW in Social Work from the Rochester Institute of Technology.  Sherry has previously served on the SC Department of Education Advisory Council on the Education of Students with Disabilities and on the SC Protection and Advocacy Board of Directors.  She is a member of the Upstate Association of the Deaf (UpAD), SC Registry of Interpreters for the Deaf (SCRID), National Association of the Deaf (NAD), and the SC-American Sign Language Teacher’s Association (SC -ASLTA). She is the recipient of the SCAD Most Distinguished Service Award (2013) and the J. Charlie McKinney Award (2021). Sherry has been active in SCAD for several years, serving in numerous officers’ positions. She sees SCAD as the primary advocacy organization for the Deaf Community in South Carolina to ensure that all Deaf people have the same rights and access as hearing people. In her spare time, Sherry enjoys hiking, gardening, quilting, and oil painting. She is married to Roger Williams and has six children, four of whom are Deaf.

​Andrea Martinez-Johnson (Columbia, SC) graduated from Texas School for the Deaf. She attended Gallaudet University and graduated with a Bachelor of Arts Degree in May 1991. She is currently employed as an Instructional Assistant in the Deaf and Hard of Hearing classroom with Richland District One and has been there for 19 years. In addition, Andrea is an ASL Instructor at the University of South Carolina in Columbia. She previously served as SCAD Secretary (2001-2007), SCAD President (2007), SCAD Vice President (2008), Multicultural Outreach Services Chairperson (formerly under SCAD), SC American Sign Language Teachers Association (SCASLTA) Officer and Member, SouthEast Athletic Association of the Deaf (SEAAD) Secretary (2016-2018), Deaf Women United (DWM) Committee Member, SC American Sign Language (ASL) Taskforce Committee Member, SC Black Deaf Advocate Member, and Midlands Association of the Deaf Member. Andrea volunteers for Beginning SC, for Camp Wonder Hands as Counselor and Co-head Counselor. She received several awards from National Association of the Deaf (NAD) and SC Association of the Deaf (SCAD). For 24 years she was married to her late husband, Christopher Johnson, who was well known in the South Carolina Deaf community. Andrea enjoys traveling, photography, and spending time with her cat King Jax.

​Jennifer Powell (Johnsonville, SC) received her Bachelor of Science degree at Gallaudet University with a major in Homemaking. She received her Masters of Arts degree at Western Maryland College in Deaf Education. Jennifer retired as a Teacher of the Deaf after thirty years and is a strong advocate for the Deaf community. She has ten years of case manager skills and is currently a professional Science Technician. In her spare time, she enjoys traveling, sewing clothes, and reading books.
Member At Large-Midlands

Jerry Francis (Columbia, SC)
​Jerry is a member of the Penobscot Nation of Maine, and currently resides in Columbia, South Carolina. His interest in disability services began in high school, where he befriended many of the deaf students who attended his high school.  He acquired his initial ability to speak American Sign Language (ASL) via this socializing. After graduating high school, Jerry earned an Associate of Arts in Interpreting for the Deaf from Spartanburg Methodist College, and obtained his national certification from the National Registry of Interpreters for the Deaf (RID).  He subsequently earned his Bachelor’s in Political Science at the College of Charleston, and his Master of Public Administration degree from the University of South Carolina/College of Charleston.  He began his professional career as a VR Counselor with the SC Vocational Rehabilitation Department, before transferring to the SC Commission for the Blind, where he worked as both the agency’s Deafblind Coordinator, and a Regional Director.  During this time, Jerry also earned an additional eighteen graduate hours in Rehabilitation Counseling from the University of South Carolina.
In February of 2021, Jerry began his duties as the Native American Affairs Program Manager at the South Carolina Commission for Minority Affairs, with a total of thirty years of experience in state government. Jerry is a fan of science fiction, and loves dining out in various ethnic restaurants.  He also is lover of history, especially World War II and the Renaissance era. 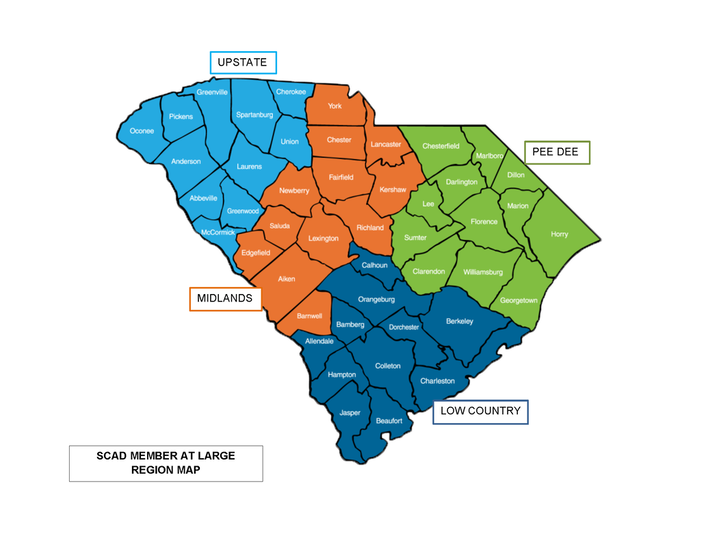